Education: the hardest and wisest decision I’ve ever made

During our preparations for the i-love-learning Madrid event, held on February 14th, we were lucky enough to meet Ousman Umar and we knew from the first moment that his story had to be told in the closing speech.

Ousman was born in Ghana, but he doesn’t know in which year or month, he only knows that it was Tuesday because in his tribe, only the day of the week in which you are born is given importance.

At the age of 13 he began the great adventure of travelling to “the land of the whites” in search for a better future. He crossed the Sahara on foot, the sea on a patera and saw most of his fellow travellers die on the way, including his best friend. It took him four years to reach Spain and, after several months sleeping on the streets, a family adopted him.

Combining work and studies, Ousman managed to graduate in Business Administration and Public Relations, and has a postgraduate degree in Management and Organization Management. And as he explained to us during the preparation of our event, he wants to pay forward by contributing to the development of his country in the best possible way: via education and information through his NASCO Feeding Minds Foundation.

A drop fell on my notebook. No, It wasn’t raining, it was my teardrop. After I had reached paradise, after all the struggle that my path had entailed crossing the Sahara on foot and the sea on a patera, a Spanish family had taken me in. At last I could study, at last I had found the way to help my people, from education. But not everything was so simple. On the other side of the world, almost on another planet, I would say, my family was struggling to cope with a reality very different from mine.

The house where my mother lived with my brothers in northern Ghana was covered with grass and bamboo canes. Every year it would rot and my father would change the grass, but he died and my mother could not take over the task. My mother was of a certain age and had to take care of her children, who were still young, in addition to all the work she had to do on her own. She was getting old and could hardly even go to the river to fetch water.

I was living in a flat in Barcelona pursuing my degree in Chemistry. To be able to pay for my studies I worked 40 hours a week, and I worked hard because I was sure that education was the key to forge my future. 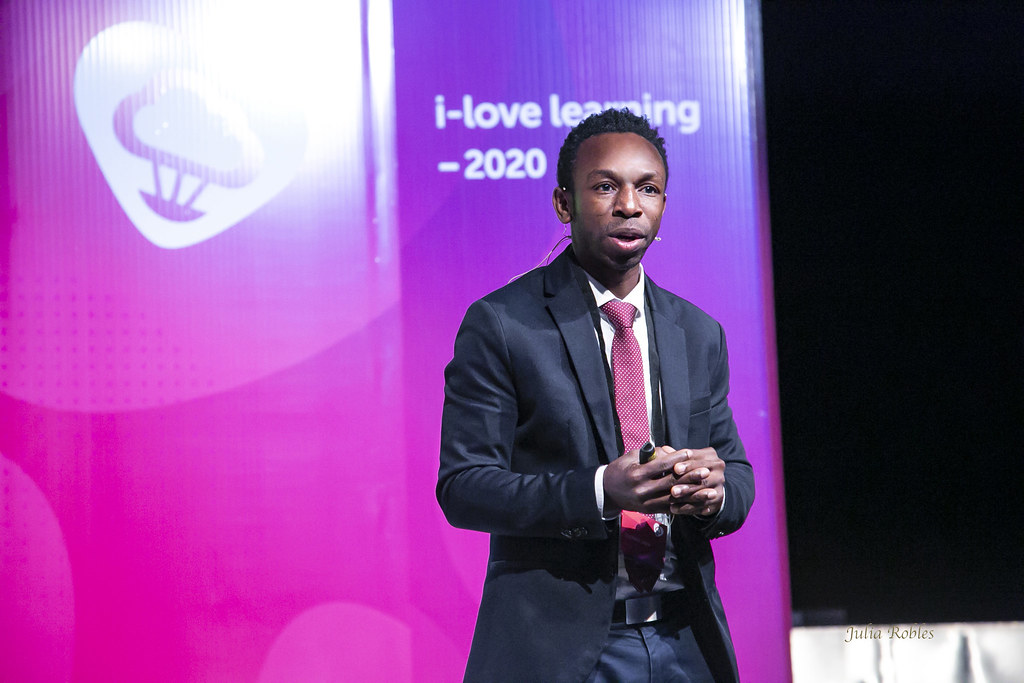 One day I was studying in my room when my mother called me. It was raining in Ghana. I heard my mother’s voice on the other side and my heart broke. She told me that the roof of her room was in bad condition and leaked so badly that she could hardly sleep without getting wet. She used to sleep on a mat spread on the floor, as she didn’t have a bed either. She told me that she was using some food bowls to collect the dripping water lest it would wet the whole room. I could barely respond, I just stared at the book that lay motionless on my study table, and my tears fell on it like the leaks that threatened my mother every time it rained in the village.

What was I supposed to do? At that time I was investing all my savings to pay for my own education and of my brother Banasco’s, who was studying at the University of Ghana. I couldn’t do more. Perhaps many would have dropped out of college to use their savings to build a better house for their family, but I knew that was not the solution. It would have been just a patch. The problem was much bigger, and I couldn’t be selfish.

Sometimes in life one makes very hard decisions, which one knows will have repercussions, but which in the future will have been worthwhile. I could have “saved” my mother, but then I would not have been able to afford an education that later led to the creation of the project that today provides education to thousands of children in my country. The future is eternal, while the present is only an instant. Education was a very large investment that would later save many lives and many other futures.

A few years later, my mother died. I couldn’t go to the funeral. Now I wish she was alive so she could enjoy all that I am achieving with NASCO Feeding Minds, but I am sure that wherever she is, she is very proud of all that I have achieved. None of her descendants will suffer the way she did. Education was the hardest and wisest decision I’ve ever made in my entire life.

From emigrant to social entrepreneur, Ousman is a Ghanaian who, due to the lack of opportunities for education, emigrated to Spain. This experience has motivated his passion to help students in Ghana with the NGO Nasco Feeding Minds to give back to society what society could not offer as a child: education and ICT.