Much ado about learning

Will Storr’s presentation at i-love learning London was about story building, a less than usual theme for a learning conference but unquestionably appropriate for one at a venue adjacent to Shakespeare’s Globe Theatre.

Storr’s assertion, early in his presentation, that the human mind  is a story processor, not a logic processor (originally an observation by Jonathan Haidt), quickly helped us realise that this was indeed a truly relevant subject for anyone involved in the battle to engage learners online. 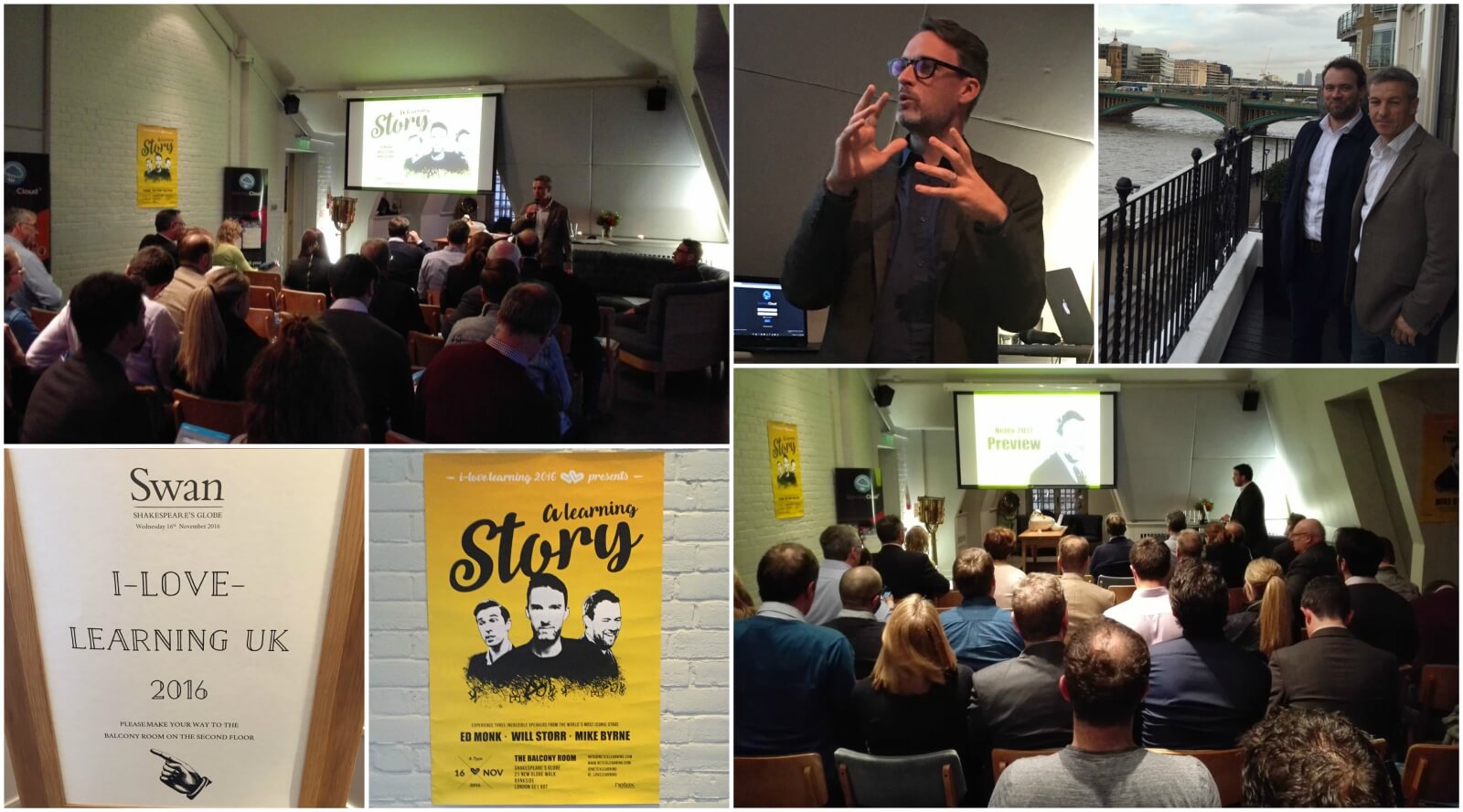 Storr then gave us helpful advice on how we can achieve just that. He explained that we respond best to the most commonly told story patterns which, in the west at least, typically follow a classic format of ‘crisis, struggle, resolution’. In short, the story starts with a crisis or problem which creates the challenge. This is followed by the struggle – understanding the challenge and exploring the possible outcomes. Finally, there is the resolution itself – the drawing together of the strands of the plot and the dénouement.

In doing so we are trying to reveal:

It’s interesting that storytellers and elearning designers are occupied with the same issue. That is catching and keeping the attention of brains. In the past, storytellers have largely accomplished this via trial and error, looking at what works in other people’s stories and copying it. But by identifying these preferred story structures, we increase the chance of getting it right. Elearning designers arguably face the same challenge. By deploying a similar story telling formula, they too may dramatically increase learner engagement.

Identifying the preferred story structures, we increase the chance of getting it right. Elearning designers arguably face the same challenge. By deploying a similar story telling formula, they too may dramatically increase learner engagement.

Following Will Storr to the stage, LPI Director Ed Monk asserted that efficacy – the ability to create a desired result – is becoming ever more critical in shaping elearning solutions. With reporting and measurement of learning becoming ever smarter, this makes sense. But this is also relevant to our stories-theme. For so long elearning practitioners viewed content as a formal set of instructions, to be rigidly followed and measured. But, if Will and Ed are to be believed, we are now moving to a world of more fluid elearning structures. Not just in the way it is presented but also how it is consumed and measured. This clearly opens the way for a new wave of elearning less governed by the limitations technology but measured by learners’ positive reactions. In which case the quality of the learning story itself will surely take centre stage. 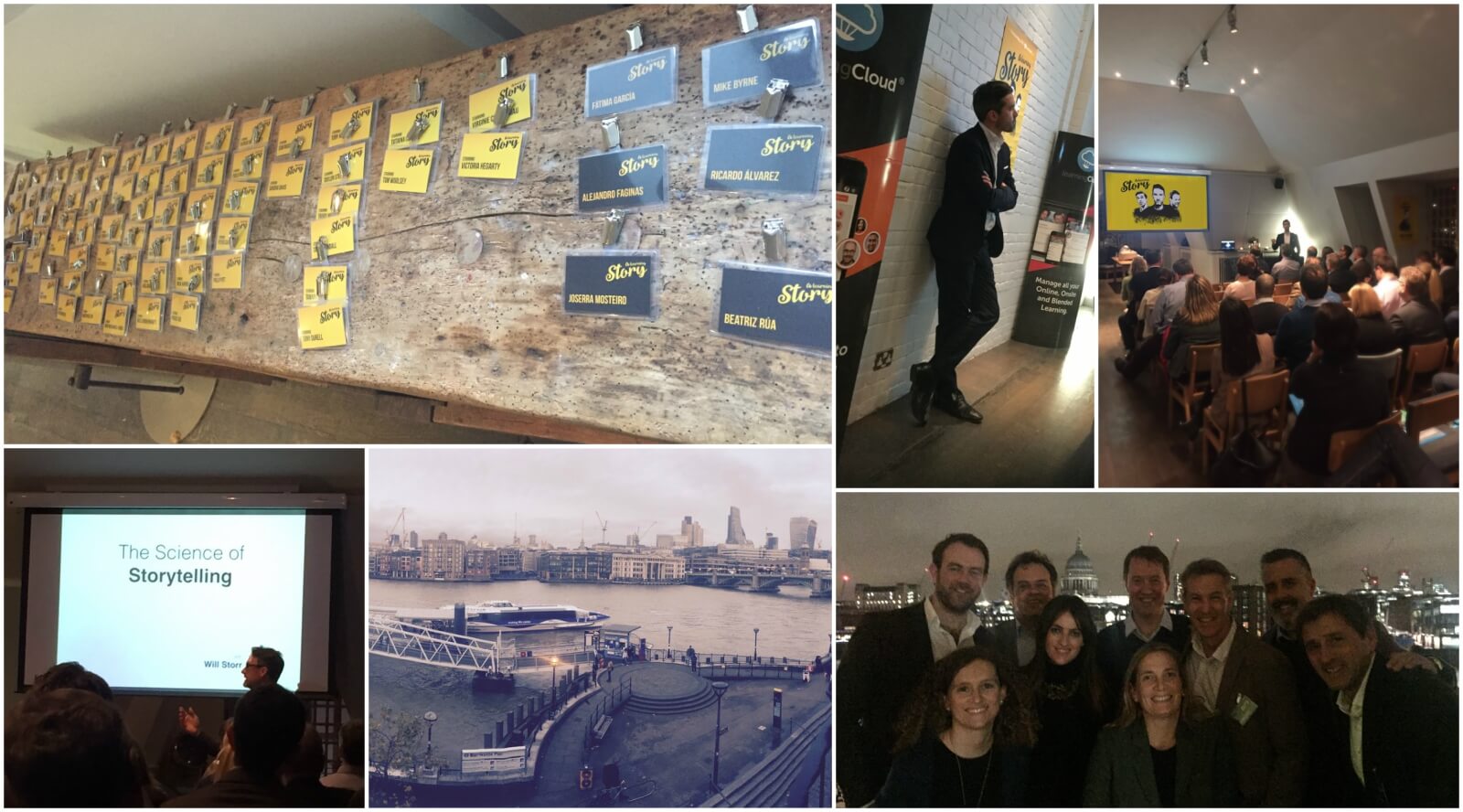 Taking centre stage next though was Netex’s own Mike Byrne. He revealed some of the company’s development plans for 2017 which reinforced these views. He asserted that mobile today is more lifestyle than technology reiterating the suggestion that the challenge ahead for elearning is also about substance and engagement. If the point hadn’t been made strongly enough, we finally focused on one of the most interesting developments of the night – the new releases of smart content. That is content with collaboration and learning analytics built in. The ability to create stories with built in collaboration and analytics can only boost their attraction as learning solutions.

The evening finished with drinks and fine canapes – and the guests’ chance to tell each other their own stories. This, we all agreed, was absolutely the best way to prove the story-telling point.

Martin is a director of Ascot Communications, one of the UK’s leading consultancies working with learning technology organisations. He has presented on stages as far afield as Tokyo and Los Angeles and authored more papers on elearning and IT than he, or anyone else, cares to remember.

Time for some messy holiday reading?

The Hitchhikers Guide to the Learning Galaxy