The concept of interoperability of systems is not new at all. For decades, it is a line of action sought and desired in areas such as transport or public administrations, with more or less happy results. No need for a judicious analysis, not a long dissertation about lofty concepts to understand the importance of related systems being able to understand and communicate with each other. To find an example of what means to opt for an “autistic” system, it is enough to get on a train in Spain.

In the genesis of the Iberian railroad we find a good story of what is not interoperability. Back in the nineteenth century, the commission of road engineers, appointed by the then government to analyse the technical feasibility of a rail network in Spain, decided that the features of the peninsular orography forced the width of the tracks to be different from the rest of neighboring countries. In fact, the width of our railways was called “Iberian width”, demonstrating that, at least in trains, Spain was, without doubt, able to differentiate itself from the rest of the world. Although this width of track adapted to the particularities of the relief, it prevented that the Spanish trains served to interchange goods and people with the rest of Europe. The result was that for 150 years transshipments had to be made at the Irún station, which caused a significant competitive backwardness due to the costs of freight transport not adapted to the reality of European neighbors.

In the world of e-learning we have suffered from a certain mentality of “Iberian width”, especially with regards to training platforms.

What applies to the train applies to any other system we have in mind: from the databases of the public administration that, for greater efficiency and effectiveness, should be able to synchronise and exchange data without losing autonomy to, why not, the world of e-learning.

Because in the world of e-learning we have suffered from a certain mentality of “Iberian width”, especially with regards to training platforms.

The death of the dinosaur 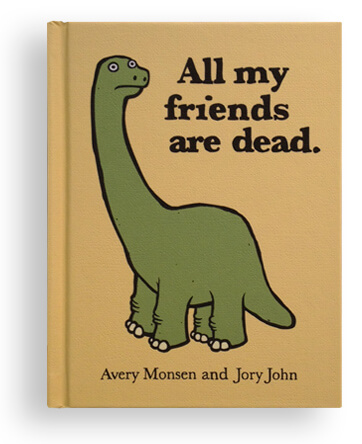 During the final decade of the twentieth century and much of the first decade of the twenty first century, LMSs were understood as a whole, focused on the management of training within a large organisation. This approach was basically from top to bottom; the figure of the head of training centralised all power: this person planned, managed and collected use reports in a system where the student became the last link of a chain in which, despite philosophies and speeches, s/he ended up being a mere passive receiver whose voice was only reflected in participation rates and satisfaction surveys, if any.

This absolutism was present in the LMS architecture itself. Understood as a closed whole, its standard functionalities were the frontier of what could be done. Expanding the capabilities of an LMS meant investing hours and hours of work to grow even more what already were authentic computer mastodons. Do we want forums? Let’s replicate Internet’s forums system within our own. Do we need messaging? We copy as functionality within our LMS what has already been invented and works. The LMS were autarkic, closed islands that did not talk with the environment and which had to be transformed to meet the needs of the new digital environment, fundamentally social, mobile and user-centred. They were dinosaurs waiting for the final meteorite to fall.

The necessary integration with other pre-existing systems in the organisations has already forced, for years, the suppliers to make important efforts in setting up new installations of their LMSs and to make them work harmoniously with the rest of the client’s software environment. But, in addition, the needs, tastes and even the way of understanding our relationship with technology pushed developers to open training platforms to a world beyond the one defined by the specific needs of the company that acquired a new platform (or bet on the implementation of an open source LMS). In a world increasingly dominated by the smartphone, the rapid consumption of content and social learning, the race for adaptation based solely on the internal development of more and more functionalities that, in the end, just replicated those from external applications to the LMS, with a more widespread and settled use, was doomed to failure. It’s a race that simply cannot be won because the hyper-accelerated reality of the market will always go much faster than the responsiveness of developers.

The implementation of new protocols and the extended use of API allow to grow the LMS and turn it into a platform that provides all kinds of tools, intimately connected to each other, dimensioning according to the needs of the client, at all times.

Hence, in the LMS world more and more seek to exploit the capabilities of third-party applications instead of diluting efforts, trying to reinvent the wheel and losing sight of what is the real core of the business. The implementation of new protocols and the extended use of API allow to grow the LMS and turn it into a platform that provides all kinds of tools, intimately connected to each other, dimensioning according to the needs of the client, at all times.

This is the case that José Martín and Javier Negreira showed us in their recent webinar (in Spanish), ‘Netex learningCloud, extending the LMS’ — it’s about extending the LMS beyond what is traditionally supposed to be done by a training manager to turn it into an authentic knowledge manager. How? Here are some examples:

Modularity as a model

Training managers, in the image and likeness of the application ecosystems of the mobile universe, tend to be modular, offering more or less services depending on the specific needs of each organisation. They also seek excellence through specialisation, opening the doors to third-party software that reaches where traditional LMSs don’t.

Interoperability has allowed the LMS to become those agile, fast and adaptable beings, mammals, who conquered the Earth after the fall of the great saurians.

He is editor of i-lovelearning.com. Since 2000 he has developed his career in the elearning sector, as Instructional Designer and Project Manager.